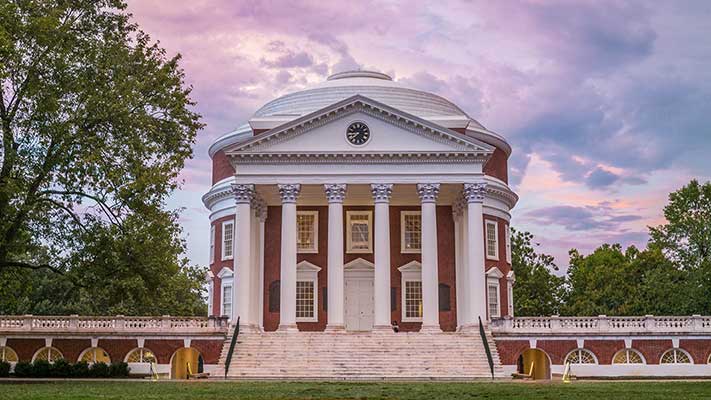 UVA: First Human Rights Week a Success – Falun Dafa Association of Washington D.C. ­ In her video message to the UVA Law community, Dean Goluboff introduced the school’s first ever Human Rights Week as a “great opportunity to learn about our program and also hear about cutting edge issues in human rights law.” And that it was. Over the course of last week, the Human Rights Program, led by the dynamic trio of Alex Karahalios ’21, Kunchok Dolma ’21, and Rachel Davidson Raycraft ’20, presented events on three pressing issues from around the globe: organ harvesting in China, hardships for minorities in India under Prime Minister Modi, and the impact of the United States’s “War on Drugs.”

On Monday, renowned human rights lawyer Dr. David Matas and UVA Medical School Professor, Dr. Joshua Li, spoke about forced organ harvesting in China. Dr. Matas spoke first and described his experience investigating transplant programs of hundreds of hospitals in China. He drew on media reports, official propaganda, and more in his revealing report on the practice of harvesting organs from minorities in China, particularly Falun Gong practitioners. Hearing Dr. Matas speak was quite the surreal experience, given that he was a 2010 Nobel Peace Prize nominee who helped discover significant evidence of what he has termed the “bloody harvest.” His accomplishments are a testament to the fact that one individual really can help change the world. Dr. Li concluded the presentation with important context regarding the minority and subordinated groups in China, including the practices of Falun Gong.

On Wednesday, Professor Neeti Nair and Professor Parhana Ibrahim discussed the difficulties faced by India’s religious and ethnic minorities, in particular Indian Muslims, under the recently re-elected Prime Minister Narendra Modi. The main issue discussed was Prime Minister Modi’s recent announcement regarding the termination of Article 370 of the Indian Constitution and assertion of power over Kashmir, an area of land heavily disputed between India and Pakistan. The professors did an excellent job, however, of providing the audience with a brief history of the conflict between India and Pakistan and the steady progression of Indian Hindu nationalism over time. They emphasized the fact that Islamophobia is not a new force in India, but that the nationalist rhetoric of Prime Minister Modi and influence of social media has allowed it to become even more latent. The presentation was followed by thoughtful questions from the audience, ranging from the practice of reservations in schools to the role of civil society organizations in a possible solution.

The week concluded on Thursday with an event on the global war on drugs with Sanho Tree from the Institute for Policy Studies and Teresa García Castro from the Washington Office on Latin America (WOLA). Tree presented first on the development of counternarcotic efforts throughout the last fifty years. He preached the futility of trying to stop the war on drugs by targeting suppliers, citing the innovative nature of drug cartels, who use everything from submarines to underground tunnels to traffic their product. He similarly condemned the interdiction of drugs because it would raise demand while lowering supply—meaning drug dealers would turn to more potent, more compact drugs like fentanyl to supplement their supply. His message, therefore, was that the “War on Drugs” had forced the drug economy to develop at a lightning pace, which had made it almost impossible to shut down with militarization and prosecution. García Castro then stepped in to present the impact of the war on drugs on the demand side, describing the impact of the war on drugs on female incarceration and sharing shocking data on the dramatic growth in female incarceration over the past few years in Latin America.

The first Human Rights Week in UVA Law history was a massive success. The widely attended events, expert panelists, and continuous presence of cheerful International Human Rights co-director Camilo Sánchez showed off exactly what UVA has to offer: An engaged student body, access to some of the most interesting people in the world, and a dedicated faculty. Having been to almost every human rights event (weirdest flex ever, I know) since my arrival at this school, it has been a joy to see the school continue to invest in international human rights and the increasing popularity of the topic. In summarizing the week, Co-Student Coordinator of the Human Rights Program Karahalios said, “As part of our goal this year to increase our presence on campus, Professor Camilo Sánchez had the wonderful idea of putting on an inaugural Human Rights Week. The programming, attendance, and feedback from the Law School community far surpassed our expectations. We are very grateful to our speakers for putting so much thought and effort into their engagements and to the Law School community for joining us in our endeavor to educate ourselves on a diversity of issues present around the world today.” Couldn’t have said it better myself.UVA: First Human Rights Week a Success – Falun Dafa Association of Washington D.C. ­